How do you like your eggs in the morning? We like ours with a Rollie egg cooker twist. Yes, we’ve discovered a new kind of appliance and it goes without saying that we’re eggs-tremely eggs-cited.

As you can see from this Rollie video:

It looks amazing, but does it actually work? There was only one way for us to know, try it for ourselves and that’s exactly what we did.

How We Used the Rollie 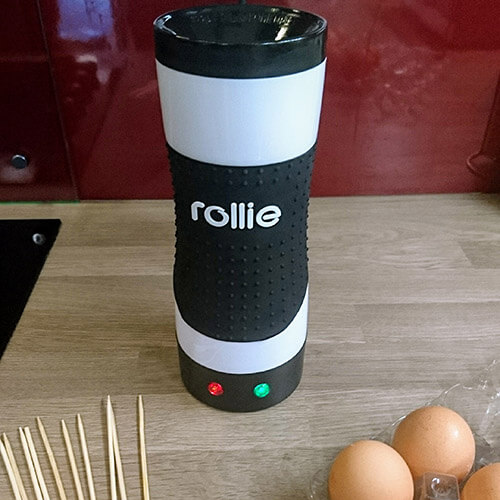 When the Rollie is first turned on the red light is illuminated. This means it’s as cold as your texts to your ex. You’ll need to wait until the green light. Green means go, or in this case hot (unlike your ex). 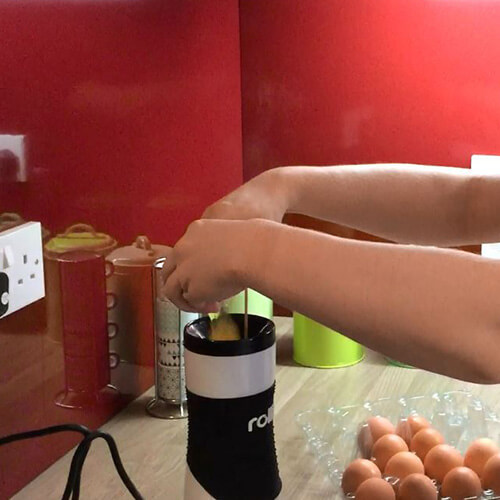 For the most basic Rollie recipe, 2 eggs were all we needed. We cracked them and in they plopped. We popped a wooden skewer (that came with the appliance) in with the egg too as per the instructions.

El, in her role as egg preparer, was cautiously optimistic.

“If this doesn’t work, I’ll be very sad. But it will work.” – El, certified Lyrical Gangster and novice egg chef 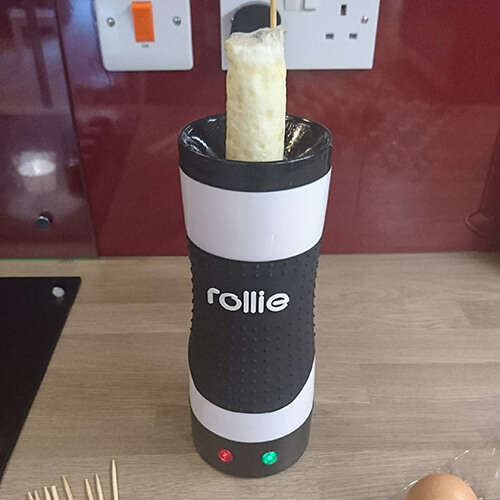 Just like all the best foods (cakes, muffins, etc.) these eggs rise! After about seven minutes the egg roll rose gracefully out of the Rollie, sending us into a frenzied panic whilst we rushed to transfer this miracle of science onto a plate with the dignity and speed it deserved.

How Did It Taste?

Over the past week, we’ve pitted Mariya and El together in a series of egg-related challenges. They’ve tried fried egg shapers. They’ve tested fish egg separators. We didn’t see why this Rollie challenge should be any different. So we gave them a whole host of condiments and challenged them to make their egg roll the most delicious.

El went for a topping of:

Mariya’s Rollie was adorned with:

Our independent adjudicator scored both eggs…

It was very close, but El took home the victory based on the smell and taste tests.

We have to crown the Rollie as the true victor here though as the judge then went on finish both egg rolls. Eating four eggs in one sitting is no mean feat!

We learned a few things from using this wonderful little gadget.

If our egg prep has inspired you to get into your own kitchen, don’t forget that we’ve got you covered with all the spares and accessories you could ever need for a cooker that doesn’t let you down.