Baking cakes? Making meringues? Preparing a delicious Hollandaise sauce? You’ll need to separate some eggs then. Good thing we have just the gadget for that. Fish egg separators to the rescue!

There are two ways to separate an egg. 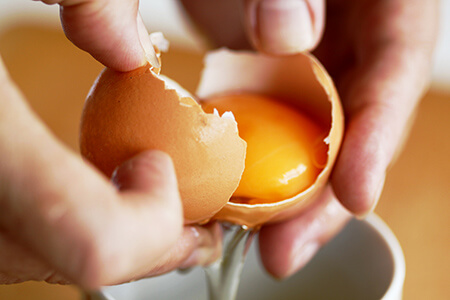 This method involves a deft tap to break the shell and some clever hand to hand maneuvering to catch the yolk and let the white run over the sides. This can be tricky, especially for cooking novices. 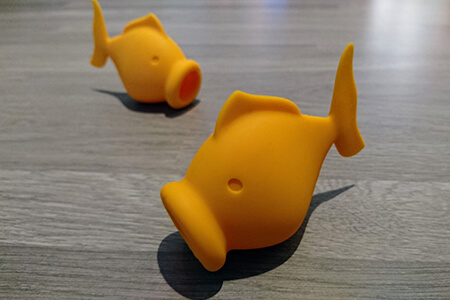 Introducing fish egg separators. To clarify, they’re egg separators in the shape of fish not separators for fish eggs. (We’re not aware that the latter exists and if they do, just why?)

We don’t know about you but we’d take the fun way any day of the week.

Now how to make trying these separators even more fun? To raise the stakes we made it into a competition. Because nothing puts an egg separator through its paces like trying to use it as quickly as possible.

We’re Mariya and El, part of the eSpares gang and we’ve got our competitive pants on and our fishes in hand. 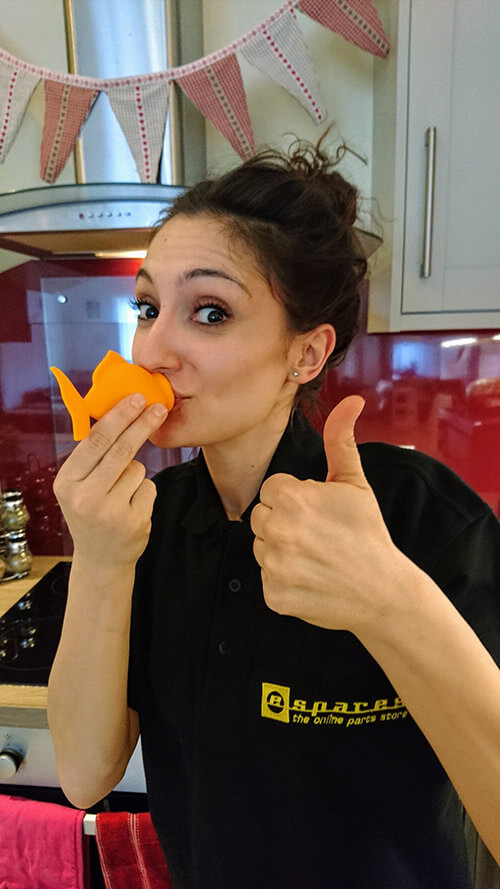 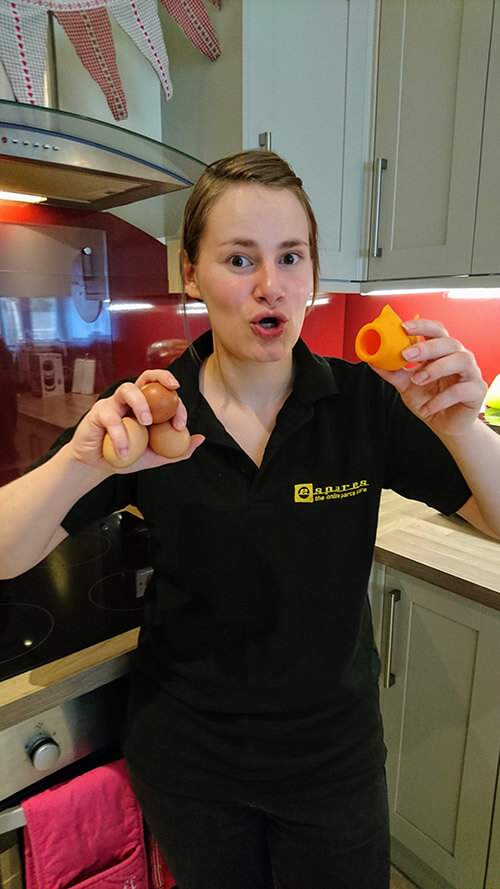 Mariya was especially determined. She wasn’t going down without a fight.

Six eggs each and the first to separate them all wins. Simple… right?

Time to separate the bad eggs from the good…

El got off to a fishy start. The separator is not your friend at this stage El.

Shell regret that in the morning.

Disaster strikes as El separates her first egg. It’s no yolk when the yolk bursts.

A change in tactics from Mariya. We’re starting to realise this competition’s a hard egg to crack.

And the winner is…

Despite El bursting a yolk early on, Mariya burst one too right at the end so we didn’t need to calculate any time penalties or anything like that. Which is good as we hadn’t planned ahead for that eventuality.

Mariya was almost gracious in defeat with a time of 1:09.

Despite El trying very hard not to over-egg her happiness at winning, Mariya’s competitiveness did come through just a tad… 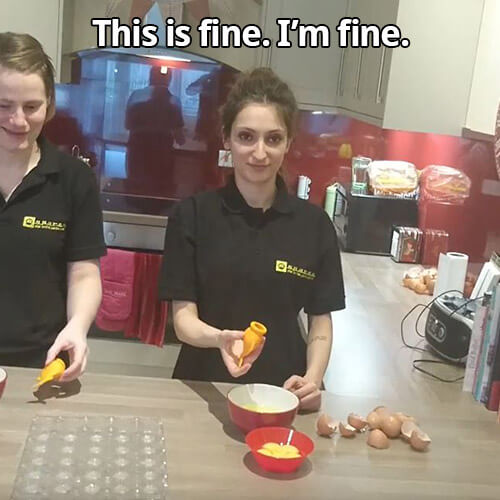 But an excellent performance from the fish egg separators left us both happy really.

Disclaimer: Lots of eggs were harmed in the making of this video. Sorry chickens.

You can see how we got on with some other handy egg gadgets right here on the blog too; we also put fried egg shapers and boiled egg moulds through their paces!