Have a look around your kitchen, how many appliances can you see? There will be your cooker, hob and cooker, no doubt a microwave too; not to mention a washing machine and in a large proportion of homes a tumble dryer too.

In your cupboards, you may also have a blender, toaster, and steamer. These are all from one room, when you consider the other appliances dotted around your home there will be a vast number. Now, imagine if you will for a moment that a couple of these appliances (the bigger ones such as your cooker and washing machine) stop working. Frustrating right? Not to mention costly.

But when a household appliance becomes faulty (and this usually happens without warning), it doesn’t have to be a costly experience. Ok, so purchasing a brand new cooker can cost anywhere between a couple of £100 to as much as £1,299 for a Cuisinemaster 110cm dual fuel cooker; whilst a washing machine can range between £100 and £400 – but why buy a new appliance, when you can fix it yourself.

To encourage DIY-ers of all levels to save money and fix household appliances, National Fix It Week was launched.

What is National Fix It Week:

Replacing a household appliance when it becomes faulty is not only costly for the owner, but also proves costly for the environment, as the faulty appliances end up in landfills – and it is estimated that roughly 30% of washing machines which are thrown onto the scrapheap are only blocked and require no spare parts to be fixed.

Figures also suggest that the same percentage of washing machines which gain a fault need no more than £20 worth of spare parts to get them running at their optimum performance once again. 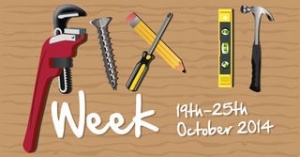 In an attempt to encourage homeowners to repair rather than replace their appliances when a fault occurs, National Fix It Week – an annual event that runs in October was launched.

National Fix It Week, which this year runs between October 19th and October 25th is a chance for experts and amateurs alike to share advice, guidance, and tips, not to mention support enabling more appliances to be repaired rather than replaced – saving money (and the environment).

How Are eSpares Getting Involved?

Throughout the week, at eSpares, we’ll be utilising our blog to share infographics, which look at common faults with appliances and how to rectify them, as well as tips and advice from the eSpares team on how to fix various appliances within the home, without having to spend a small fortune.

By building on our cluster of blogs and social media activity, we hope to further provide DIY-ers of all levels with the power, knowledge, and confidence not only during National Fix It Week but on an ongoing basis to tackle that broken household appliance and save themselves money in the process. 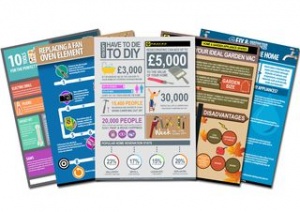