Kids truly can be the best of us. To shine a light on the brilliance of today’s youth, we wanted to celebrate the youngsters who are using their skills, their voice or their passions to fix the problems in our world.

Young people are the future, after all, and we love hearing stories about them taking it upon themselves to make a change (especially when it involves fixing!)

Here are some inspirational youngsters who are doing their bit to make our world a better place! 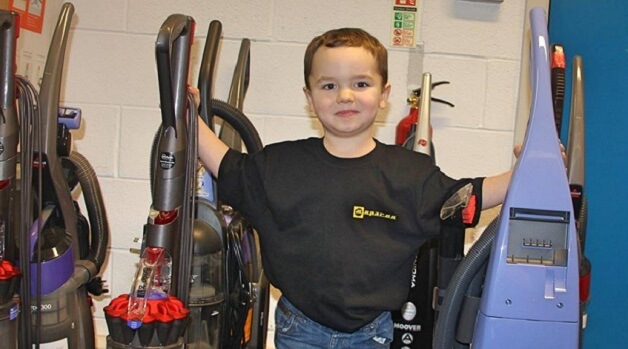 Jacob from Birmingham is possibly our youngest appliance fixer! He became interested in fixing from a young age and particularly enjoyed watching our how-to videos starring Matt! After learning this, we, of course, wanted to meet Jacob. So, we invited him to spend a day with Matt and the team at the eSpares HQ to learn (and teach us a thing or two) about fixing vacuums. Jacob got stuck in and had a fantastic day. It was really great to meet such an inspiring youngster.

After Monte Scott’s mother damaged her car on a pothole, the 12-year-old decided to do something about it! Using dirt from his family’s back garden, Monte filled in all the potholes on his street in Michigan because he didn’t want anyone else to damage their cars. Monte didn’t even tell anyone what he was doing but someone saw him and posted it on social media.

“That’s just the kind of kid he is.” said Monte’s mother, “When he sees there is a problem or a need and he thinks he can fix it, he will try and fix it.” 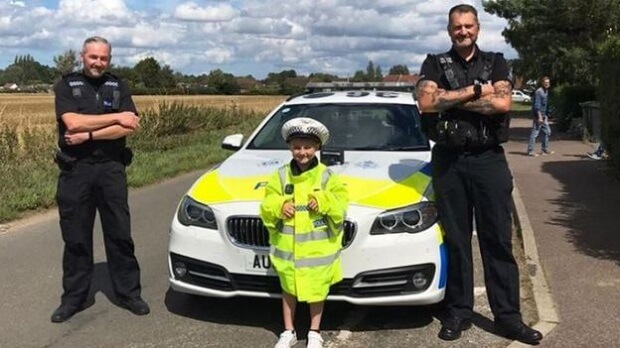 If you’re speeding, you don’t want to come across Harry! After Harry Cannell’s cat, Trevor, was run over by a speeding car Harry became concerned about the number of cars that were continuing to speed. So, in a bid to stop this reckless behaviour, Harry stands at the bottom of his drive on his road in Mattishall, Norfolk, and scowls at cars that are driving above the speed limit!

His efforts were even recognised by the local police who visited Harry, gave him a police jacket and let him try out their speed gun. So beware if you’re driving in Norfolk! If you drive at the speed limit though, you’ll get a nice wave from Harry instead.

Harry said he thought it made “a bit” of a difference. Well, Harry, we think a little bit of difference can go a very long way! 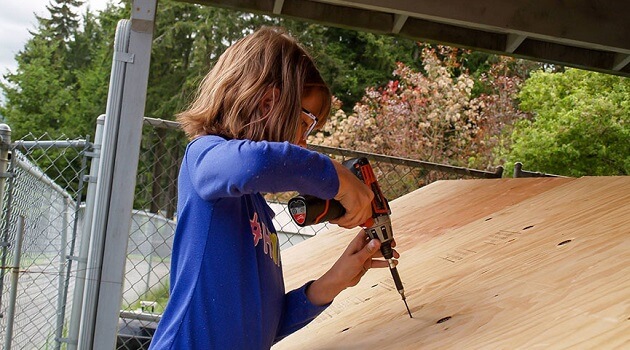 9-year-old Hailey Fort from Washington has been helping to build mobile shelters for the homeless since she was 5 years old! It all started when Hailey saw a homeless man and asked her mother if they could help him by buying him a sandwich. But Hailey’s kindness didn’t stop there. With the help of her parents, Hailey now builds mobile homes for homeless people to find shelter, but she does the majority of the construction work herself.

Hailey says she builds the shelters because “it just doesn’t seem right that there are homeless people” and thinks “everyone should have a place to live.”

Hailey is an inspiration to us all! 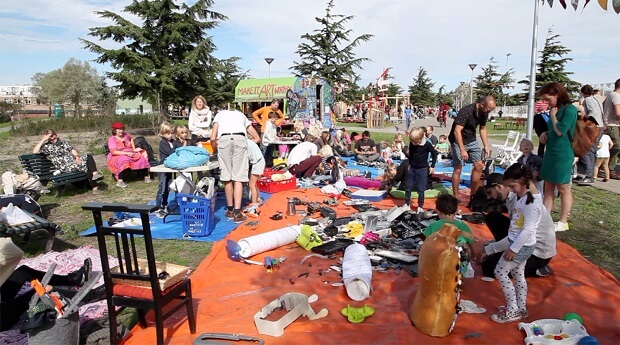 RepairKid was set up to help children of all ages learn to fix, create and let their imagination run wild! As a side branch of the well-known Repair Cafés which hold events to help people fix their appliances themselves, RepairKid shows children how to save the environment by fixing and recycling broken items.

Here’s what the founder, Cis Showes had to say, “There’s a vibe where you get the feeling that, as a kid, everything is possible once more. That you can sit here and feel; ‘I’m allowed to make a mess. My hands can get dirty, I can sit on the ground, I can try different stuff. And I don’t even have to clean anything.’ I miss that vibe.”

By fixing small problems, these youngsters are actually making a big difference to our world. We could all learn a thing or two from these inspirational kids!