We’re thrilled to announce that our eSpares YouTube channel has reached an incredible milestone – our videos now have over 30 million views! It’s come at a great time too, just as we’ve uploaded our 500th video.

Thank you so much to everyone who has watched our videos; we hope we inspired you to repair your appliance and have given you the confidence to tackle faults in the future too. Let’s celebrate with some facts and figures we’ve come up with based on our milestone figure 30 million (though we haven’t quite managed to rustle up 30 million of them, more like nine…)

According to Which the lowest average cost to hire a tradesperson for a common domestic appliance repair is £69. So if all of the 30 million people who watched one of our videos went on to fix their own appliance instead (and we hope they did) that’s a whopping £2 billion saved!

30 million dishwashers stacked on top of each other would make a tower pretty high, right? We’ve done the sums and worked out that it would be a tall tower indeed, 25.5 thousand kilometres high in fact! That’s 30,797 times taller than the tallest building in the world, Burj Khalifa in Dubai if you were interested. And it’s much longer distance than a return flight from London to Dubai too, that’s only about 11 thousand kilometres.

The weight of 30 million washing machines (based on an average machine weight of 65kg) is pretty substantial too, a whopping 1.95 million tonnes. Put into perspective that’s approximately the same weight as 390 thousand of the world’s largest land animal the African elephant.

30 million watts of power would run 200,000 freezers (based on the average 150W freezer). That’s almost enough freezers for every single person in the city of York to have one each – no shortage of ice cream or frozen peas there then. 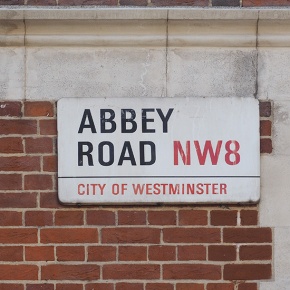 Impressively, a similar amount of people have watched our videos as have bought The Beatles iconic Abbey Road album, which has achieved over the years more than 30 million sales worldwide. We confess Abbey Road is easier to dance to, but it won’t help you fix your faulty vacuum cleaner!

30 million light bulbs make up the jumbo screen in the Dallas Cowboys stadium. And when they say jumbo screen they mean it; the display is the same size as 4,920 52 inch flat screen TVs!

Now we don’t want to ruffle any feathers here, but we just wanted to mention that six million more people have now watched our videos than the 24 million Brits who tuned into the Royal Wedding (sorry Will and Kate). Please note however that our videos have yet to feature an Alexander McQueen wedding dress. 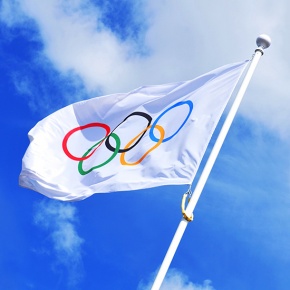 Likewise (we hate to brag… alright we’re quite enjoying it) just under 27 million Brits tuned in to the 2012 Olympic Games opening ceremony, amazing viewing figures, but still three million shy of our video views!

Population-wise 30 million people make up more than the population of Australia and New Zealand combined, which is around 28.7 million. We hope folks down under are fixing their appliances themselves at home too!

We hope all those who watched our videos found them helpful. If you’d like to make sure you don’t miss out on our latest video uploads you can subscribe to our channel anytime. Here’s Mat sharing his thanks too:

As always if you have any particular appliance issues or queries or would like to see a video on a specific fix, just let us know in the comments and we’ll do what we can!